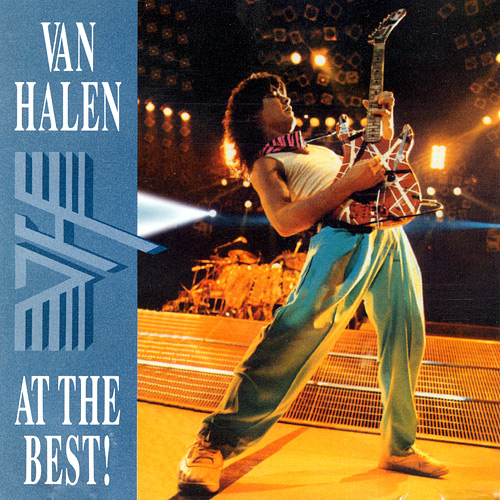 The front cover has Ed playing from the "Live Without A Net" video.
The back cover has Dave in a cowboy outfit and the songs w/times.
Made in italy 2/95.
The first 16 songs are the same as Van Halen '77 + Live.
Tracks 1-10 are listed as being recorded live at the garage Oct. 1977.
Tracks 11-16 live at Pasadena Hilton 1975. (artwork states 1976)
Tracks 17-25 which aren't on 77+live are all Eddie solo studio recordings. They aren't full songs but they you will know them when you hear them.
The front cover is 2 panel, inside is pictures of the band, Ed, Mike, and Al look like pictures from New Haven '86.
The back of the cover is the same as the back of the cd.
The back cover fold around, where the title is on both ends, has one printed upside down.
The sound quality is pretty good considering the age of the first two parts and the studio section is great.