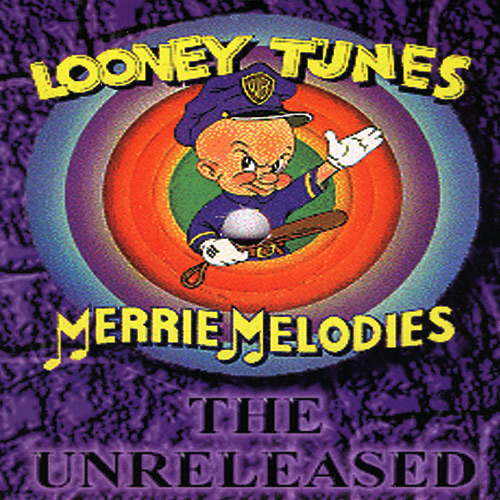 Cover art is taken from the Red Vinyl promo Van Halen EP that was issued by Warner Bros. before the first Album came out. You can still see the hole in the middle where you would play the EP on a turntable.
The background image is of a purplish brick pattern. This pattern is evident through the packaging. The discs have this pattern in a reddish tone, and the liner notes have this pattern in a grayish tone.
The back cover reads:
Notes
This four CD set was compiled from hundreds of live and studio outtake recordings. The material was digitally transferred from the original master tapes or the lowest generation copies available. The transferred material was then cleaned up using Sonic Solutions NoNoise process which makes these CDs the best sounding of the type to date. It was produced solely for archival purposes. We can be found at various VH locations and gatherings throughout the Internet, and around the world. Just ask around while surfing. "The Unreleased" is a Shaggster production, in conjunction with No Bozos Records and 3M Productions. Special thanks goes out to Mav (the originator), EdHead "The HEADCOUNT Guy", Fletch, Rex Jackson, Gus "no faith" Compson, Corona, and Valerie "vavh" for showing up on the list from time to time. Last, and by no means least, extra thanks to the guys, Eddie, Alex, Michael, Dave, and Sammy, for creating all this fantastic music for us. Peace out.

Production and Distribution by
The Big D

Graphic Design by Brad Starks
The "No Bozos" comes from a t-shirt design present on the RH:RN tour.
Each of the four discs are well labeled, with the Name, Volume Number and Track Listing. They also say "Made in Canada".
The liner notes are well done, frequently stating where a particular track was recorded and other notes about it, when known.
It was confirmed after these discs went to press that the first three tracks on Disc 1 are NOT Van Halen (although there are still some that believe it is). It was found out to be George Lynch's band (before Dokken?). The fact that this is not Van Halen was confirmed by the band themselves.
This four CD set was the creation of many people on the Van Halen Mailing List. It took about 10 months to get the discs pressed, during which time many people became fustrated with the process and made threats against the person in charge of getting them pressed. All was forgiven when the discs finally arrived.
The inital pressing was limited to 500 copies, but rumor has it that the CD pressing plant (or someone involved with the process) has been churning out more sets and that they can be found through "normal" channels. However, the price tag on them is said to be more than 5 times what everyone else paid!
"Arvid" has graciously put together the complete liner notes for this 4-disc set, and has expanded on some of the information.