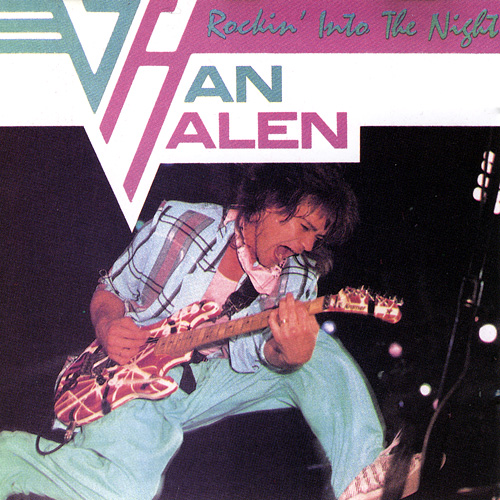 The front has a picture of Ed, circa 1978. The back has got a nice full color closeup shot of DLR. Sound quality is so-so for a recording from this era. All the dialog between songs has been edited out in this one.
An interesting song on this one is "Down In Flames." Would anyone out there know if this was a Van Halen cover, or was it an unreleased Van Halen song that they just happened to play in concert?
Dave isn't too trashed in this one, and actually does sing most the lyrics.